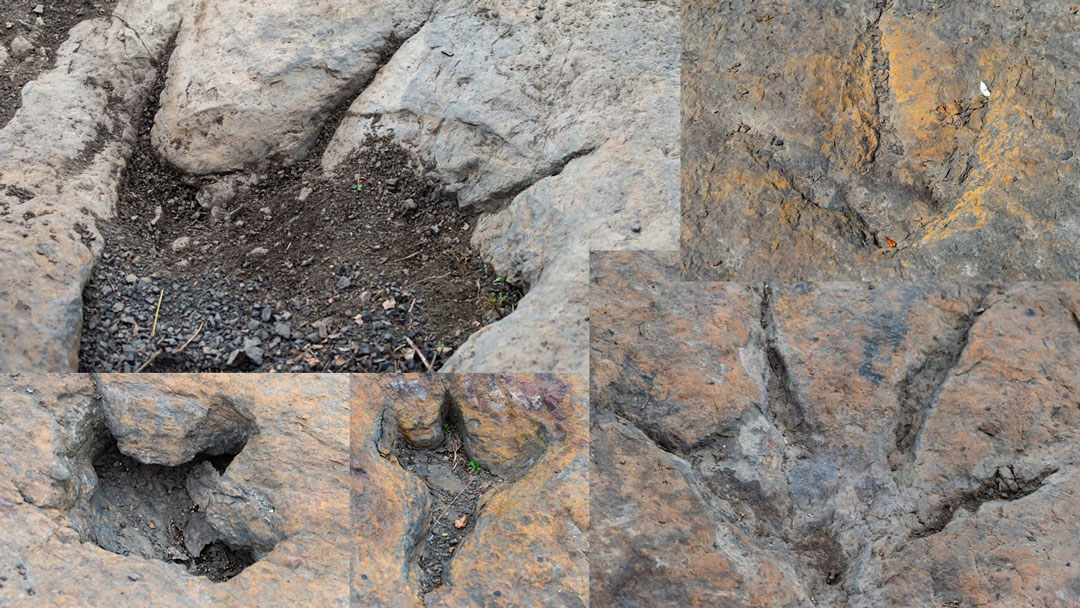 This area was warm and lush like a delta with large rivers, extensive swamps and broad bodies of fresh water…

The Museum houses an amazing collection of fossils and pre-history artifacts from the region, with particular emphasis on the world renowned Peace Canyon dinosaur tracks. Marine reptile displays feature the “Hudsonelpidia” a unique ichthyosaur named for the community as elpis in Greek means hope.

This information is taken from the published report: Dinosaur Footprints in the Peace River Canyon, by Philip Currie of the Tyrrell Museum of Paleontology, Drumheller, Alberta.